While everyone experiences fluctuations in mood, the episodes of high and low mood experienced in bipolar disorder significantly impact on the person’s relationships, work or education, and day-to-day life.1 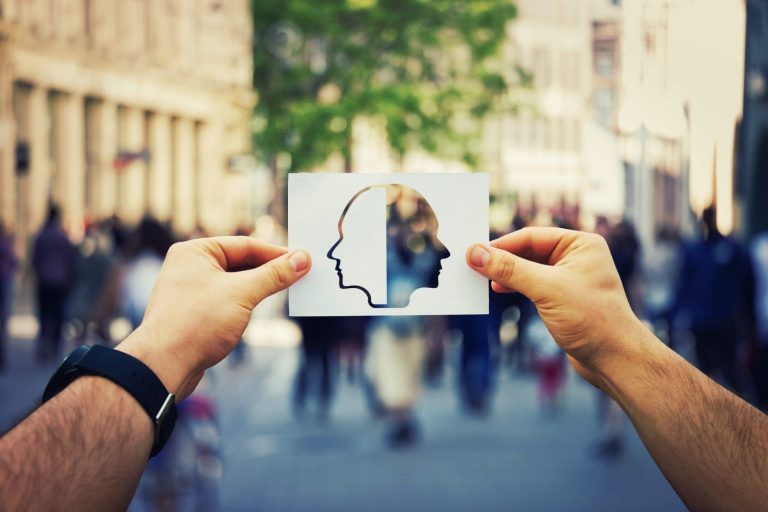 Bipolar disorder can look quite different in different people. For some people, episodes can last for three to six months and occur every few years while others may experience shorter but more frequent episodes over the course of one year.2,3

In Australia, approximately 1.3% of the population has a form of bipolar disorder.4 Symptoms usually start in early adulthood and for most people the disorder is a lifelong diagnosis; however, with appropriate treatment and support, bipolar disorder symptoms can be well managed and individuals are able to maintain a good quality of life.5-7

Bipolar disorder is characterised by episodes of mania or hypomania and episodes of depression.

Mania and hypomania are unusual and persistent periods of elevated mood (‘highs’) and increased activity or energy which may also involve:

The core features of mania and hypomania are almost identical. However, manic episodes are more severe and last longer (episodes last at least seven days), cause severe problems in the person’s relationships or work life, can lead to highly risky behaviours, and may involve psychotic experiences such as delusions and hallucinations.1 Due to the risks associated with a manic episode, hospitalisation is often necessary.

Hypomania is described as a milder form of mania as it is shorter in duration (at least four days), there are no psychotic features, and the severity of symptoms does not require hospitalisation.1

Depressive episodes are characterised by one or both of the following:

These symptoms are experienced most of the time for at least two weeks, along with several other symptoms over the same period that include:

There are a number of bipolar and related disorders.

Bipolar I disorder is characterised by one or more manic episodes (which last at least one week). Episodes of either depression or hypomania may also occur prior to or following a manic episode. Due to the severe nature of these symptoms, people with bipolar I disorder may require hospitalisation during an episode.1,2

Bipolar II disorder is characterised by both hypomanic and depressive episodes but unlike bipolar I disorder, no manic episodes are experienced. Hypomania represents a change to the person’s usual functioning (noticeable by others) but is not, by definition, associated with impairment. Although bipolar II disorder is less severe than bipolar I disorder in terms of symptoms, it can be more chronic as depressive symptoms are often more frequent and longer-lasting.1,8

Cyclothymic disorder is characterised by persistent and unpredictable changes in mood but without the extreme highs and lows of bipolar I and II disorder, with episodes of shorter duration.1

While the cause of bipolar disorder is not understood, a number of risk factors probably interact in the development of the disorder.

There is a strong genetic link in bipolar disorder, however, there is no single gene or set of genes responsible. It is thought that there are a number of genes involved in the inheritance of bipolar disorder, and that other personal, environmental and social factors also play a role.9

There is growing research into the possible influence of environmental factors, adverse life events (e.g., childhood abuse) and other types of stress, which are now thought to play a significant role.10,11

Bipolar disorder symptoms can also be related to certain medical conditions (e.g., a traumatic brain injury) or be triggered by substance use or some medications.1

Staying on track with medications and treatments for bipolar disorder

There are things we can do to help our progress, and to stay on track. Taking a team approach with your GP, psychologist, psychiatrist and family is the best way you can manage bipolar disorder.

The team can create a wellbeing plan that helps you stick to prescribed treatments. It helps you and your family know your warning signs, and can minimise impacts of the illness on your everyday life.

Other things can assist in helping you manage the disorder and maintain quality of life, including:

Having a ‘wellbeing plan’ is an important psychological tool for maintaining wellness between highs and lows and for preventing the exacerbation of low-level symptoms into full-blown episodes. You and your doctor can develop a personalised wellbeing plan to help keep you on track. Wellbeing plans for bipolar disorder:

Wellbeing plans can also help your family know about early warning signs, and ensure you get the help you need in difficult times.

Understanding your ‘relapse signature’ can help you recognise signs and symptoms that may tell you of a future possible episode of hypomania, mania or depression.

Medication which helps to stabilise mood (e.g. Lithium) is the first line of treatment for the acute phases of bipolar disorder (mania and hypomania), as well as relapse prevention. However, we now know that providing psychological support and intervention alongside treatment with prescribed medication, improves treatment outcomes.5-7,12 Psychological approaches which research has found to be effective are:

CBT is a type of psychotherapy which helps people with bipolar disorder prepare for and respond appropriately and effectively to circumstances which might trigger a manic, hypomanic, or depressive episode. For example, for some people with bipolar disorder, stress or lack of sleep can act as a trigger, and so learning ways to manage stress and to improve sleep can help prevent an episode. This type of therapy also equips individuals with the skills and strategies needed to modify unhelpful thoughts, feelings and behaviours so they can better cope with their symptoms and gain more control over their lives.13

FFT involves the person and their caregivers (parents or spouse) in communication and problem-solving training. It grows out of the strong evidence that criticism and hostility in families are a risk for relapse in people with schizophrenia and mood disorders.14

Psychoeducation aims to provide individuals and families with important information about bipolar disorder to improve illness awareness, help with picking up on early signs of the disorder, and empower them to cope with their symptoms. Psychoeducation is a component of all evidence-based psychological interventions, including those mentioned above.16

In treating bipolar disorder, the psychologist will work as part of a team of professionals, including a GP or psychiatrist, as medication is usually an important part of treatment.

The psychologist takes time to develop an understanding of the potential factors relevant to understanding the client’s symptoms and concerns.

Treatment involves addressing lifestyle factors and coping skills which may increase the person’s capacity to better manage difficulties, take their medications as prescribed, reduce their symptoms and their impact and improve quality of life.

A medical check-up with a GP might also be helpful to see if there is an underlying health issue.